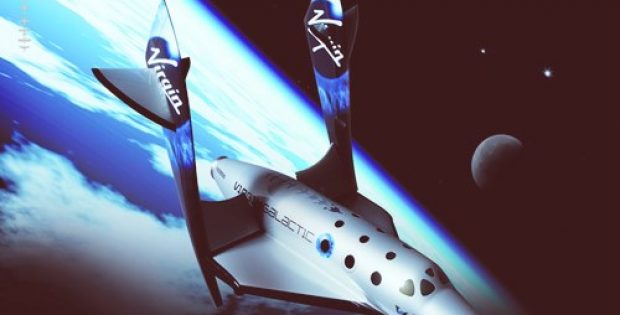 The rocket spacecraft re-entered the atmosphere at 2.5 times the speed of sound and landed after a few minutes.

The spaceflight company Virgin Galactic has reportedly launched a tourism rocket plane successfully into space for the first time. The Chairman of the Virgin Group, Sir Richard Branson hopes a commercial flight will be launched by March next year, cite reliable sources.

Reportedly, the Virgin Space Ship (VSS) Unity climbed 51 miles (82km) before beginning its descent early on Thursday after it took off from the Mojave test center in California. The firm considers the altitude to be the boundary of the space, claim people aware of the development.

The Chief Executive Officer of Virgin Galactic, George Whitesides reportedly noted that recently published research favors the lower altitude.VSS Unity was released from carrier aircraft WhiteKnightTwo, which fired up its rocket engine and launched the aircraft at an altitude of about eight miles.

Two test pilots Mark “Forger” Stucky and Rick “CJ” Sturckow, a former NASA astronaut, became the Virgin Galactic’s first astronauts. Sources familiar with the matter state that NASA and the U.S. military considers pilots to be astronauts provided they have flown above 80 kilometers. The Federal Aviation Administration declared that pilots Rick Sturckow and Mark Stucky will receive commercial astronaut wings at a ceremony in Washington, D.C. next year.

According to a report published by CNBC, the spaceship underwent seven glide tests and wide-ranging engine testing before Virgin Galactic confirmed that it was ready for a powered test flight. Reportedly, this is a critical milestone before the firm starts sending tourists to the edge of the atmosphere. The previous three test flights were successful in the limits of the spacecraft farther.

After the rocket plane successfully returned to Earth, Richard Branson reportedly commented that taking Virgin Galactic into space, after 14 years of hard work, is a historic and momentous occasion.