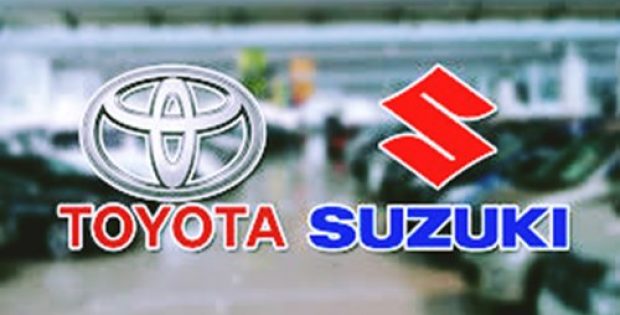 Toyota Motor Corp. and Suzuki Motor Corp. have reportedly expanded their business alliance for tapping into the expertise of each other and taking on the dynamic automobile market. Apparently, the companies have been in discussions for the past two years since they initially announced a partnership over safety, green energy, information technologies and mutual supply of components and products, along with other areas.

Citing reliable sources, Suzuki, the parent of Maruti Suzuki India Ltd., and Toyota would be extending the scope of their ongoing talks for including areas like alignment of their cultures, sales and manufacturing practices, common service centers, as well as royalty payments on models supplied to each other. The talks do not involve a potential equity alliance, the sources confirmed.

Maruti Suzuki India Ltd. is the largest car manufacturer in India, whereas Toyota Kirloskar Motor Pvt. Ltd stands at the sixth position. The sources mentioned that deepening of the alliance between the two Japanese automakers will likely solidify the dominant position of Maruti in the Indian market.

According to the sources, Toyota has realized that the manufacturing processes of Suzuki are quite simple and effective, particularly in a cost-sensitive market such as India, in comparison with its own Toyota Way. Supposedly, the Toyota Way is more structured but complex, in addition to being time-consuming since it is based on the Kaizen concept.

Suzuki and Toyota have begun the process of understanding how to learn from each other and how they can collaborate. Toyota is looking to learn ways of selling small cars in India from Maruti as well as training its workers accordingly, while Maruti would try to build a portfolio of bigger, premium vehicles and source the latest technologies in areas like green vehicles, emissions and safety.

Suzuki and Toyota would allegedly be paying for the design changes that they want from each other, while sourcing the respective models for making the models appear distinct from each other. Initially, Toyota will be supplying Corolla Altis to Maruti and the local unit of Suzuki will supply Vitara Brezza and Baleno cars to Toyota.